On December 3, 1971, the Village of Downers Grove held Tim Bodden Day in honor of his service to his country in which he gave the ultimate sacrifice during the Vietnam War. 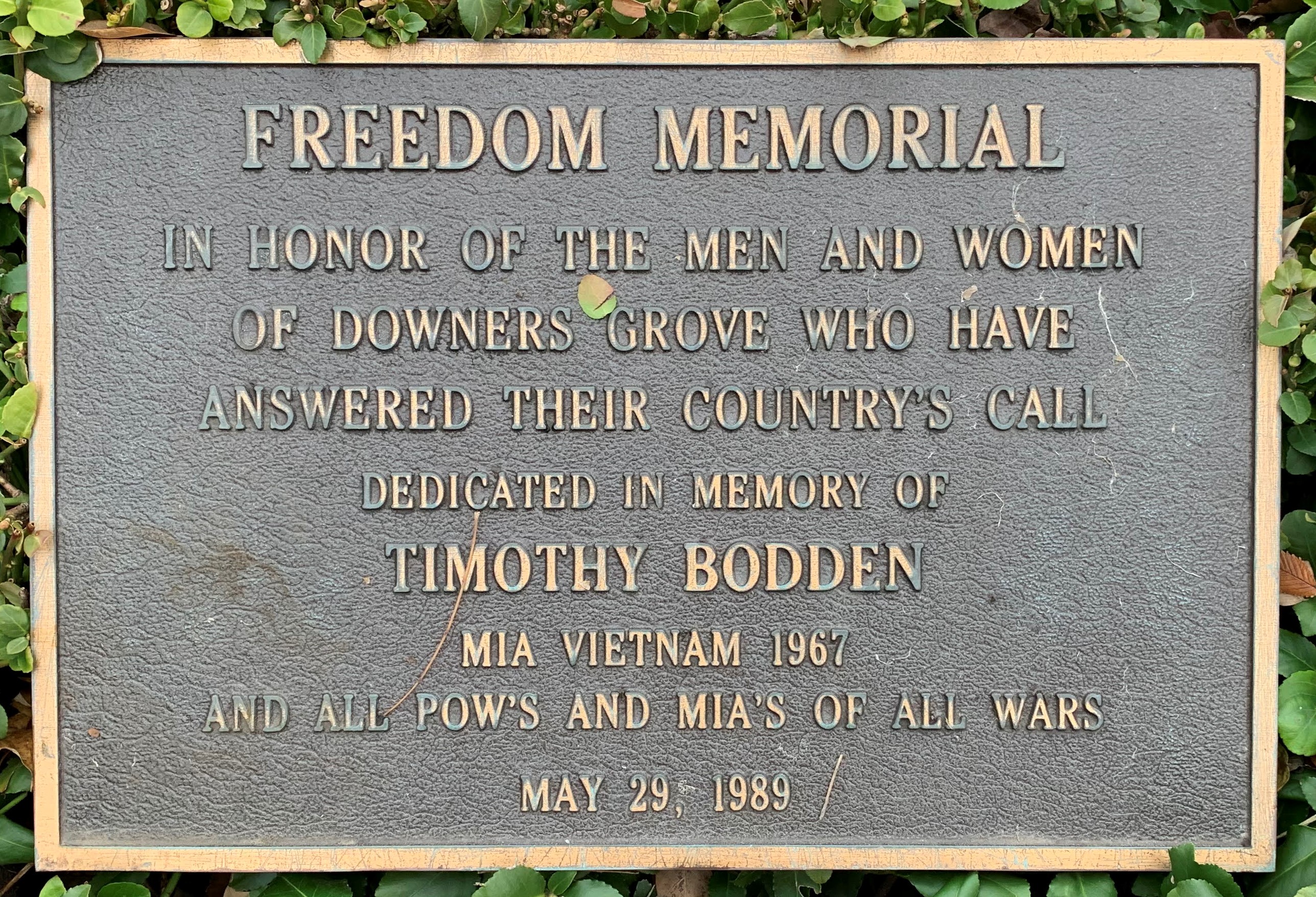 On a walk through Fishel Park this plaque nestled in a green bush is a reminder of that day. The plaque called Freedom Memorial is dedicated to all who have answered the call to serve the country, especially some 1700 MIA’s that never returned home. The life of Marine Master Sgt.Timothy Bodden inspired this memorial. Tim Bodden was born on November 6,1942 in San Francisco, California. By the time Tim was ready for high school, his family moved to Downers Grove. Shortly after graduating from North High, Tim joined the Marines on July 8,1961. He was a crew chief and door gunner on a Sea Knight helicopter and was known for his skills as a mechanic. Called “Mr. Avionics” by his crew, Tim was made crew chief because of his easy going nature and knowledge of the CH-46A that he called the modern day war-horse of the air.

On June 3, 1967 his helicopter with 7 crew members and a number of South Vietnamese personnel aboard crashed over Laos. Tim and his crew were listed as MIA and that would be his status for years. Tim’s mother Dorothy did not want to accept this, so she spent years writing letters to find out where Tim was. 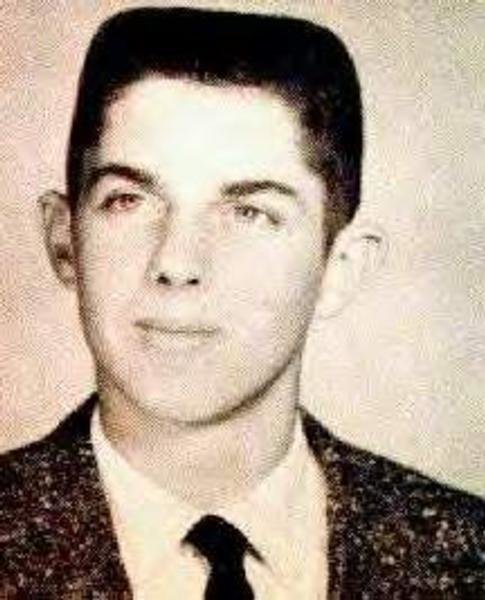 The Village of Downers Grove did not forget about Tim either. December 3, 1971 was declared Tim Bodden Day. Organized by the Jaycees of Downers Grove (a leadership and training civic organization), a program was planned at North High School. Robert Finch, former Secretary of Health and Welfare and then Counselor to President Nixon, attended with Tim’s mother and former POW M/Sgt David Pitzer. Those who attended were asked to send a letter to Hanoi requesting release of the POW’s.

A memorial called Freedom Flame was installed at Fire Station No. 3 on Highland Ave with a plaque in memory of Tim and others lost in Vietnam. Over the years the memorial suffered damage and in 1989 the plaque from the memorial was relocated to Fishel Park. All this time Tim was still listed as MIA. But on June 16,1999, the remains of Tim’s helicopter were found, some 33 years after his death. Tim and his crew were interred in Arlington National Cemetery with full honors on September 29, 2000.

Tim’s memorial was removed from Fishel Park in 2010 when the Veterans Memorial Pavilion was being built and it was not returned until some years. Today, the memorial and plaque can be found again in Fishel Park at the southeast corner of the park. Tim’s dad died in 1996 but his mother Dorothy and brother Richard lived to see Tim laid to rest.

A monument in Arlington National Cemetery is in honor of Tim Bodden, John Gardner, Stephen Hanson and Billy Laney who died in the helicopter crash. All their remains were buried together. Tim Bodden is now at rest and he is remembered in his hometown of Downers Grove by this monument in Fishel Park.