The Downers Grove Historical Society announced James Dohren was the recipient of the 2022 Montrew Dunham Award. This award was created in 2019 to honor those whose significant service and contributions to the Village of Downers Grove have earned them a place in its history, following in the footsteps of noted teacher, author, historian, and community volunteer, Montrew Dunham.

When finding someone to be

honored as the Montrew Dunham award winner for 2022 you only have to look to Jim Dohren. Sadly, Jim passed away in 2020 but all he did will forever be remembered. Born on April 13,1943 in Aurora, Illinois Jim spent 33 years in Downers Grove as a middle school teacher of history and government. His interest in history led to him to be an active board member of the Downers Grove Historical Society. For many years he was in charge of restoration of the Main Street Cemetery in Downers Grove. His concern for the cemetery included researching graves and ensuring that all buried there would have a proper marker. Often corresponding with families all over the country he helped mark their family graves here. 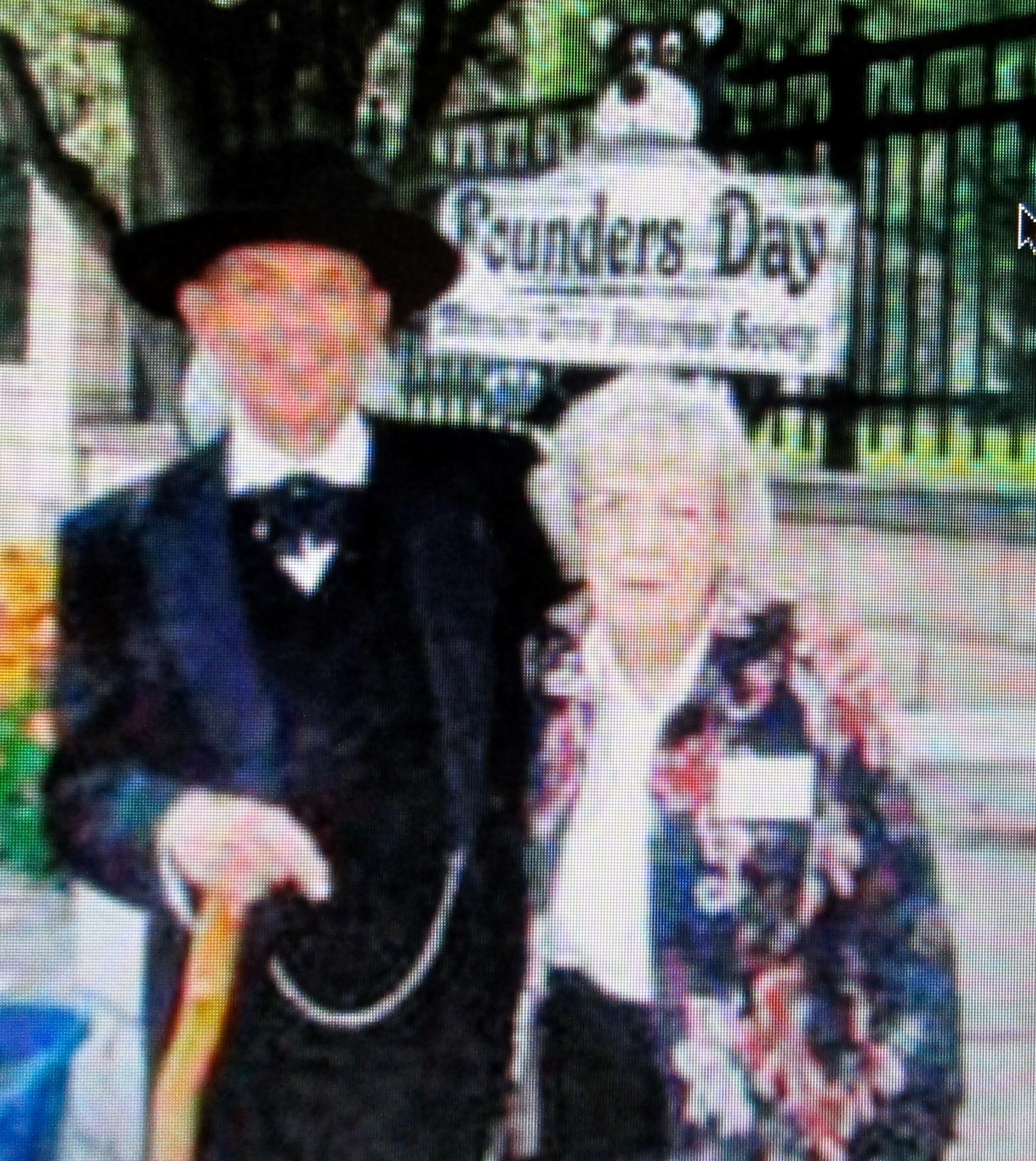 As a teacher he loved to present the local history to the children of Downers Grove. Pictured here with Montrew Dunham is just one of the times he portrayed Pierce Downer at the yearly Founder’s Day program presented by the Historical Society. Jim also visited schools to introduce Pierce Downer to the students. He was also a docent at the Kline Creek Historic Village in West Chicago, Illinois where he was a historic interpreter. He often volunteered at a wetland prairie in Downers Grove to help fight invasive plants that invaded the natural prairie.

In his career as a middle school teacher at O’Neill Middle School he wanted to impress upon the children the importance for protecting the environment. In the 1990’s he sponsored a Recycling Club at O’Neill. In 1995 Jim and teachers from other schools in Downers Grove founded a program called Protect a Parkway that made its mission to clean up the parkways of the village. Jim had his students scout areas around the school for all types of garbage on the parkways and install signs announcing the program. This program was similar to the Adopt a Highway Program, but the children only cleaned the parkway as it was safer for them. Jim was encouraged to see that the children collected so much garbage and how it made an impression on them to keep the environment clean.

Another thing Jim enjoyed was writing. His first book was called Letters from a Shoebox that was based on Civil War letters he was given by a relative. These letters told interesting stories of soldiers from Ohio. To continue his interest in history and writing his next book was called Windy City Stories a collection of non-fiction stories about Chicago. His light and humorous style makes this book very readable. Jim wrote this book while recovering from some serious health problems. Jim passed away August 27, 2020, in Lancaster, Pennsylvania. His memory was honored with the planting of a Ginkgo tree at the Woodcrest Villa Flower Factory, Nature Trail and Arboretum in Lancaster, Pennsylvania.